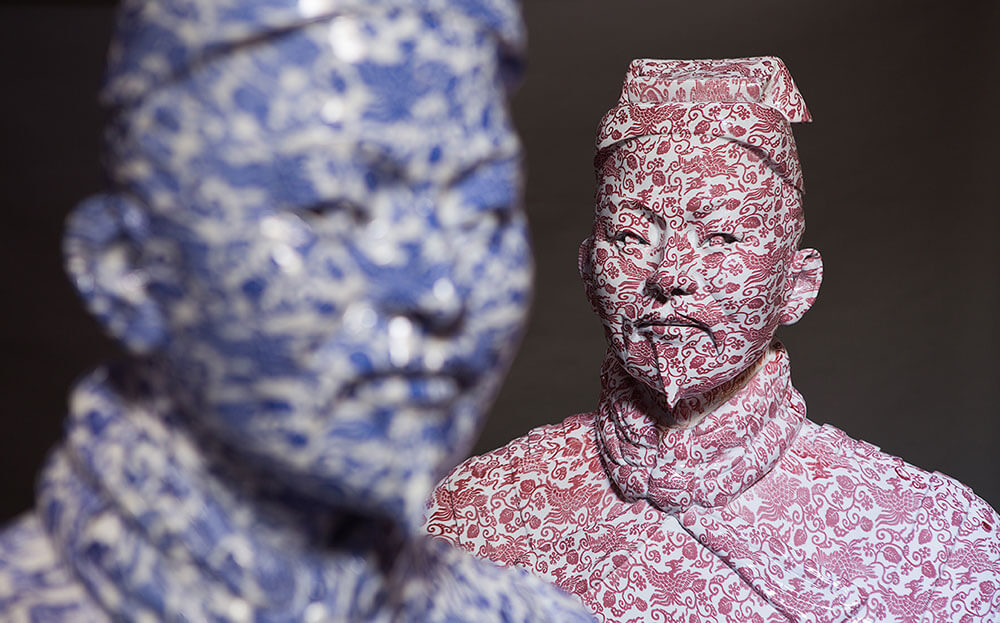 "This is a project that demanded both testing sculptural skills and innovative technical solutions."

Andrew is often approached and asked to tackle unique and unusual projects – no more so than this particular commission. Based on the famous terracotta soldiers buried with the first Emperor of China, Qin Shi Huang, and only discovered again in 1974, the client asked for a couple of replica figures to be produced. But with an unusual twist. Rather than the familiar red terracotta clay, they asked if Andrew could change their surface appearance to a fine patterned porcelain like Spode.

Once moulded, and cast into resin, the next stage utilised a new process whereby the warrior sculptures were ‘hydro-dipped’ for the pattern application by specialist paint technicians. It is a very exciting and innovate process, challenging for all, but ultimately delivering stunning effects.

The Chinese ‘Spode’ Warriors have proved incredibly popular with the clients. They have now commissioned several more editions. 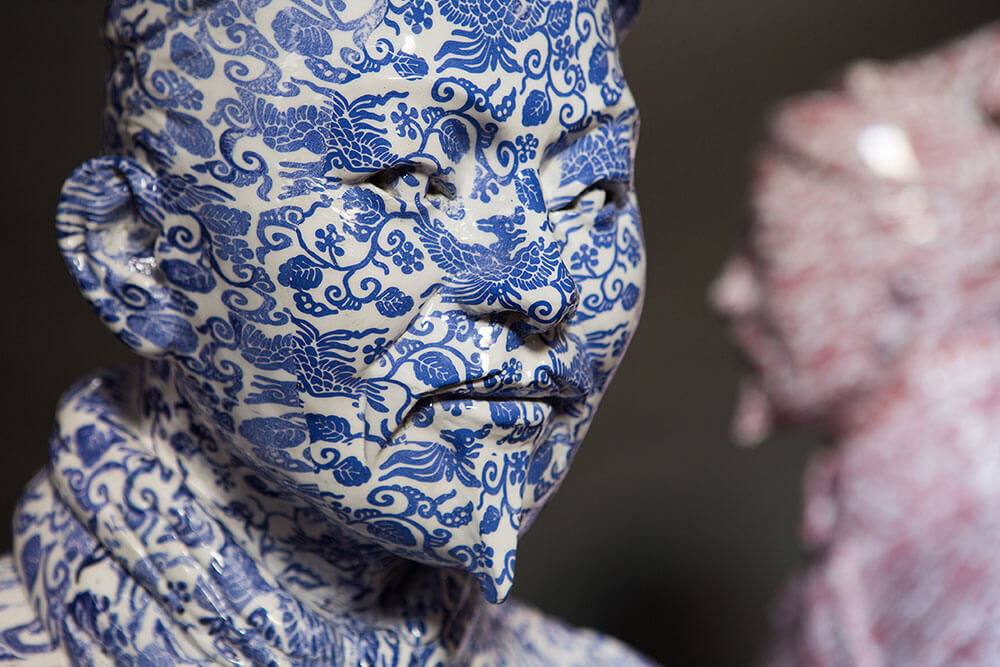 ‘The Wonder of The Seas’ Cruise Liner