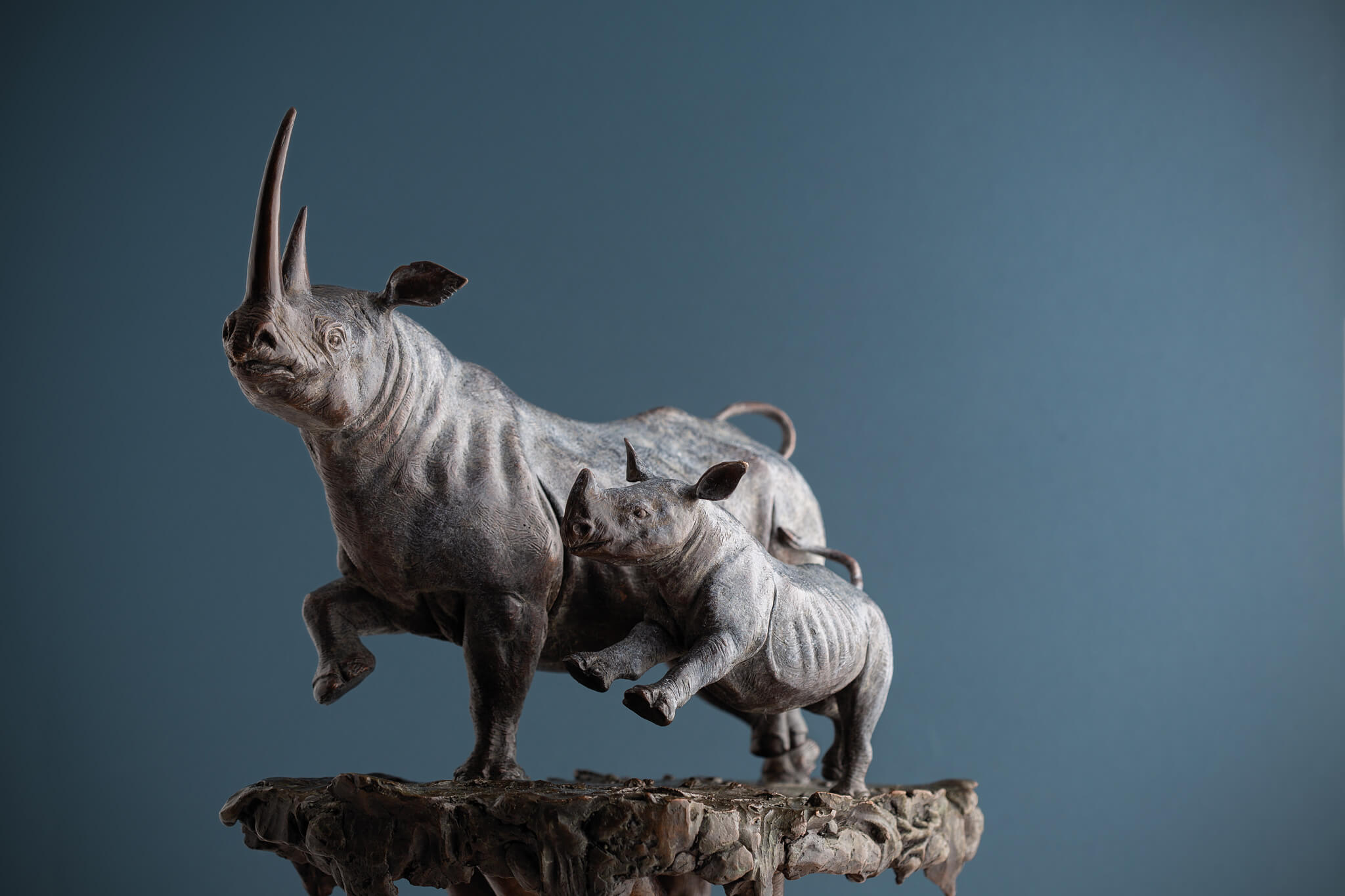 "It is within our power to save the plight of these endangered rhinos and we hold their future in our hands."

The first of five projected pieces, ‘Their Lives in Our Hands, Number 1 – Rhino’ was commissioned by the charity Helping Rhinos to draw attention to the plight of the species in Kenya. Andrew created a special edition of twelve bronze sculptures to be sold at auction. The collection raised awareness of the valuable work of Helping Rhinos and the auction raised important funds for the Ol Pejeta Conservancy in Kenya. 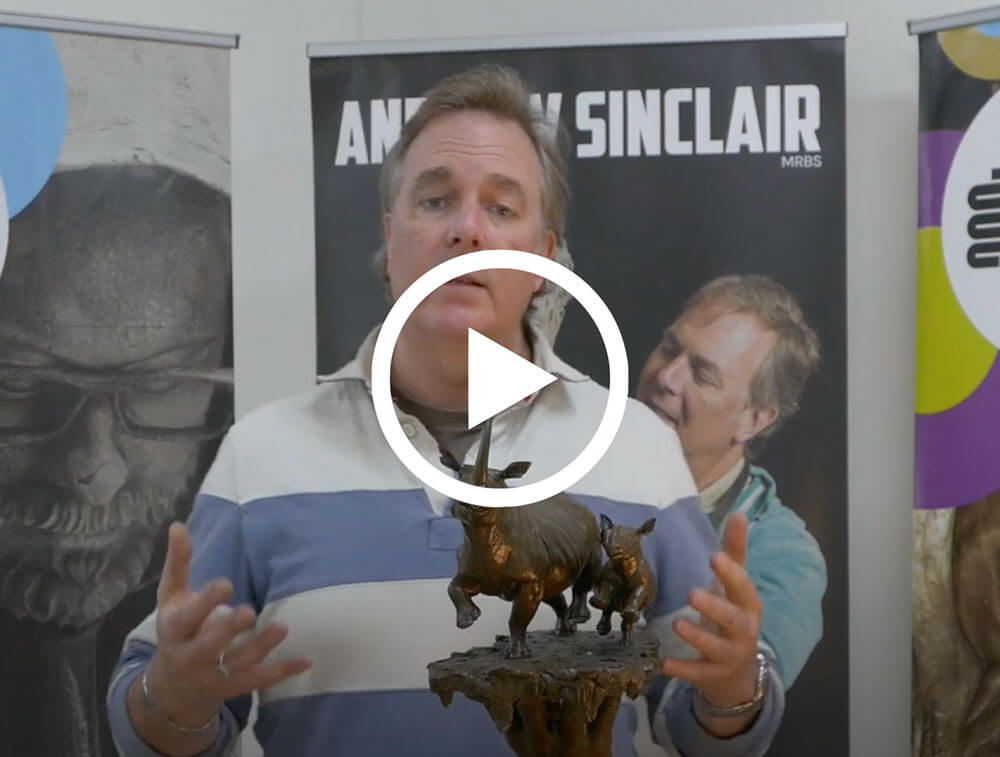 For the sculpture Andrew studied dozens of photos of the mother rhino, Nabuul, and her baby, Angela, in their natural surroundings, living and playing together. It was important to capture the very real sense of the baby calf at play. Rhinos are the only four-legged African animals that actually frolic like a baby lamb. It was this movement that he aimed to capture, along with the image of Nabuul as a strong, determined mother who was not going to be beaten. “The metaphor within the sculpture speaks for itself,” says Andrew, “it is within our power to save the plight of these endangered rhinos and we hold their future in our hands.” 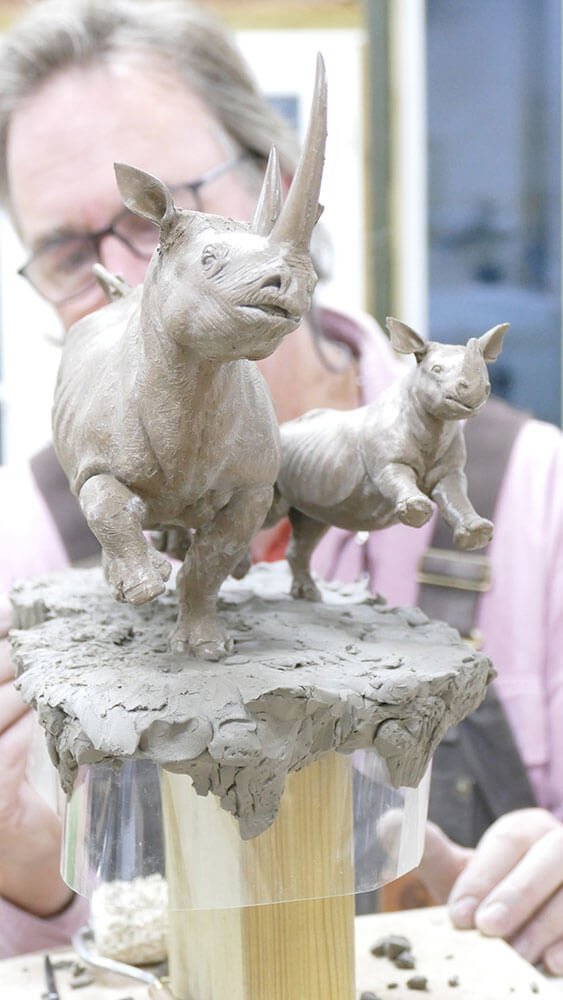 Thanks to this limited edition of bronzes, important funds and awareness have been raised, as well as helping Nabuul and Angela themselves. Helping Rhinos supporter Chris Wise commented; “When Nabuul’s mother was killed by poachers, she was discovered unable to fend for herself. She was hand-reared and eventually, after many years, released back into the wild where she had her own calf, Angela. It is her journey from frightened calf to recovery that inspired this commission.”

The rhino sculpture is the first to be produced for this important project. ‘Their Lives in Our Hands numbers 2 – 5′ will feature the lion, African elephant, leopard and African Buffalo. Through the full series of five sculptures Andrew aims to create further awareness of the plight of the Big Five, inspire action and raise money for the causes that support them.

Throughout, this important project has been supported by The Tusk Trust, who for over thirty years, Tusk has supported forward-thinking and successful conservation intervention in Africa. 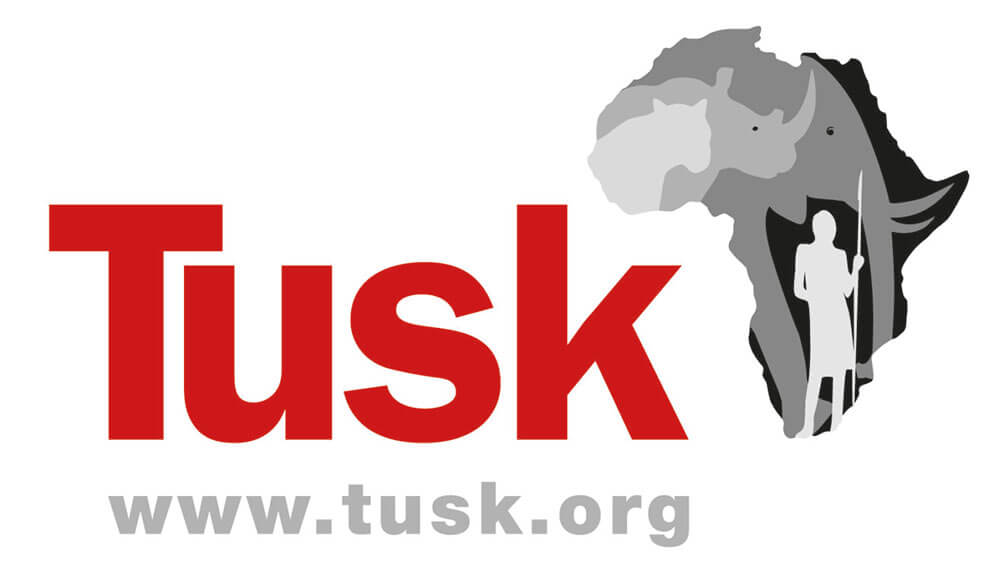